Article posted on the Ormond Beach Observer website in Ormond, FL on February 12, 2018 by Wayne Grant. This page provides some excerpts from the article. 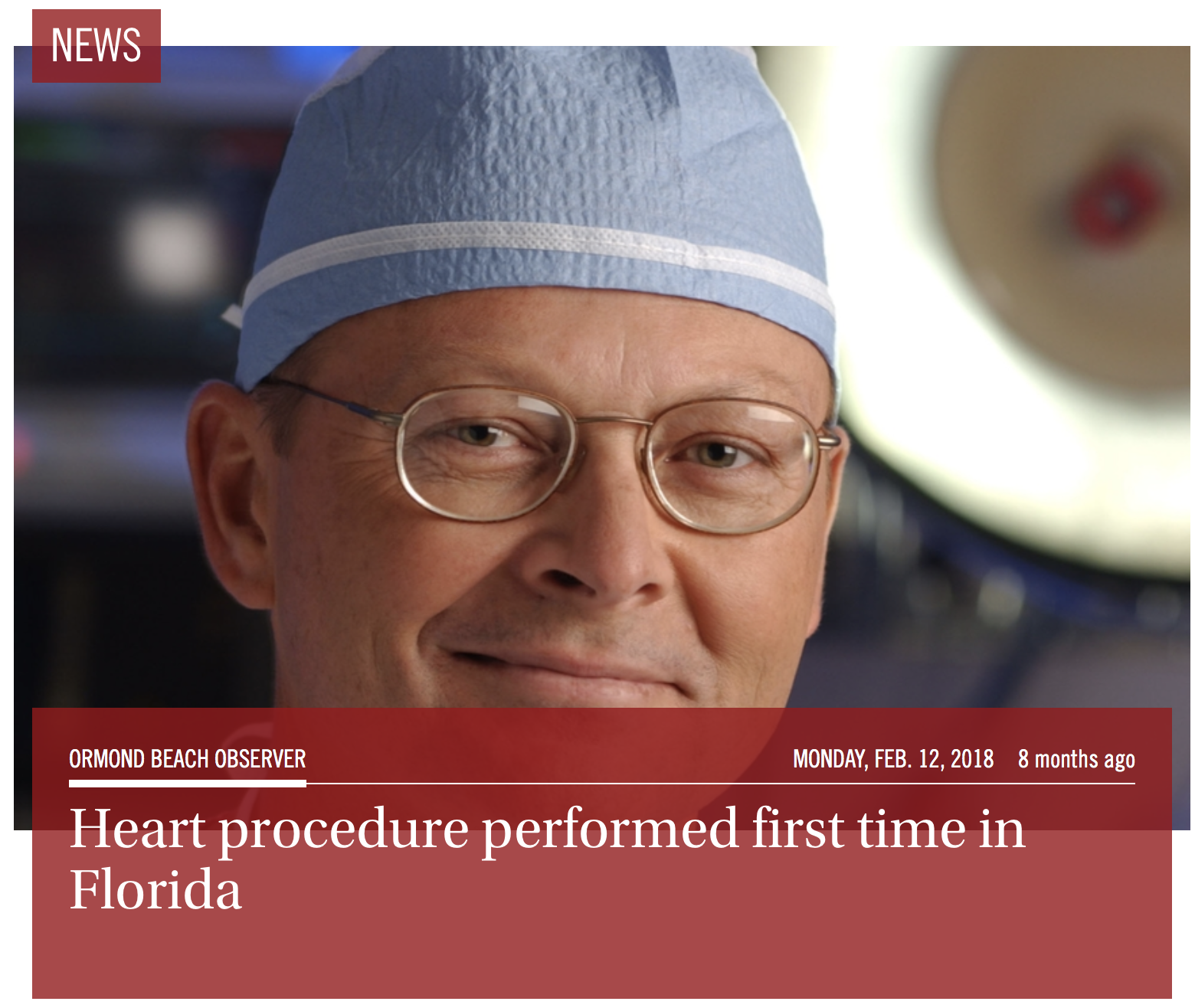 “… A new procedure to repair the aortic valve in the heart has been done for the first time in Florida, and the patient was longtime local football coach Rocky Yocam, of Port Orange, who decided to have it done on Dec. 12, his 68th birthday. …”

“… Dr. Holt said Yocam looked like a good candidate for the new procedure invented by Dr. Scott Rankin, a professor of surgery at West Virginia University. Rather than replace the aortic valve, a ring, called a HAART 300 Aortic Annuloplasty Device, is installed to support the valve opening.”

“Holt had known Rankin for a long time, and both doctors were passionate about repairing valves when possible.”

“‘In the past, I would take out a valve and see that it looked normal,’ Holt said. ‘I thought, ‘Why can’t it be repaired?'”

“He said valves made from tissue have a limited lifespan and mechanical valves require the patient to take an anticoagulant drug for the rest of their lives.”

“‘It’s always better if you can save a person’s tissues,’ Holt said.”

“… Rankin had completed 170 procedures in Europe and received permission from the FDA to perform in the U.S. a few months ago. He had done 30 in the U.2.S., but none in Florida …”

Read the entire article on the Ormond Beach Observer website.